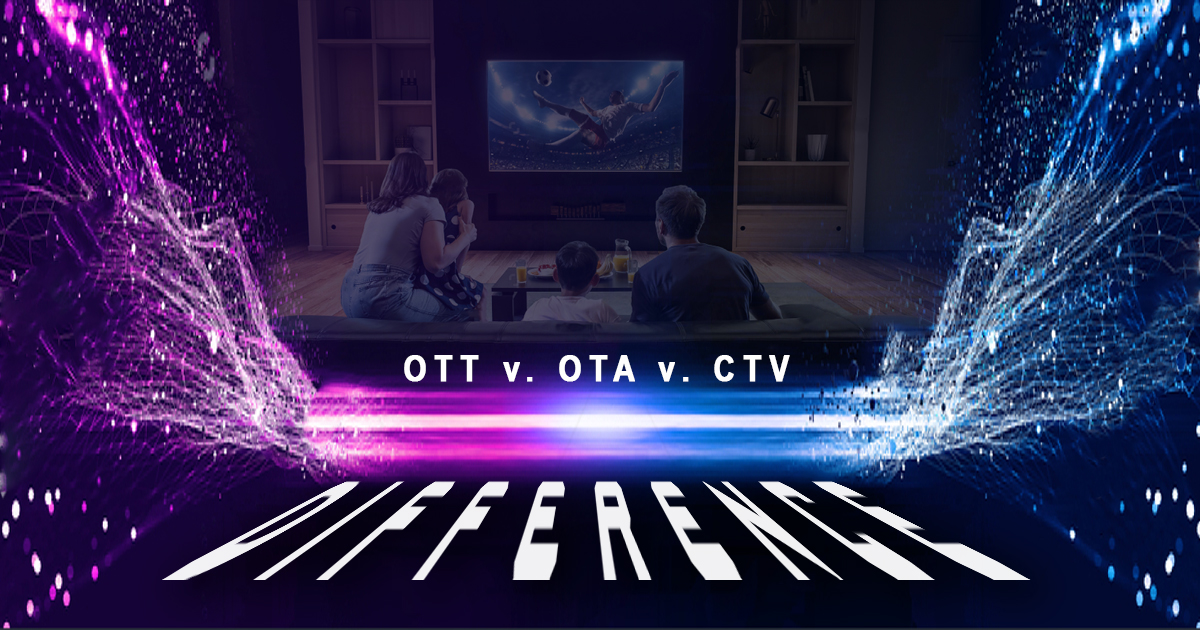 OTT vs. OTA vs. CTV - What’s The Difference?