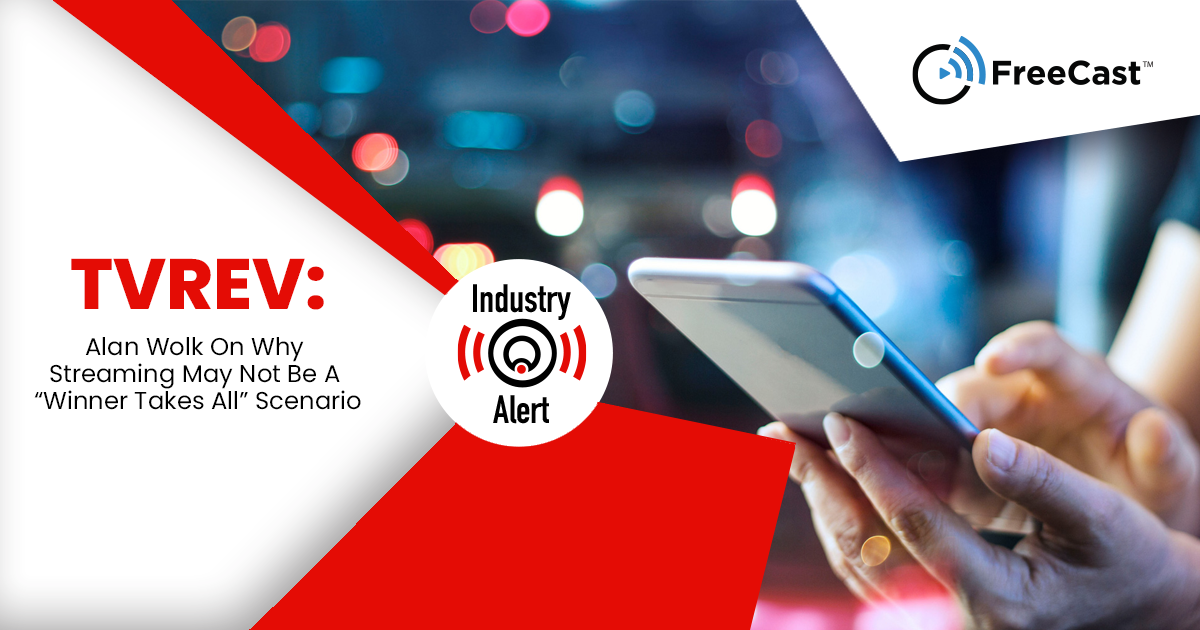 Industry expert Alan Wolk from TVREV recently appeared in an interview with Cheddar News. Here, we'll break down all of the topics he covered. This includes Squid Game and international markets to Google’s role collecting search data in the streaming wars.The first topic on the board is Squid Game. This Netflix original that became the most-watched show in the company’s history. When asked what Netflix is doing right to garner such success, Wolk touched on both positives and negatives.For starters, Netflix excels at curating content that appeals not only to domestic audiences. Netflix continues to excel in foreign markets. Following Squid Game, there’s been a surge in popularity of Korean dramas. Netflix has since acquired additional titles by the creator, Hwang Dong-hyuk. Additionally, they are commissioning a sequel to follow in the hype.On the other hand, Netflix and other streaming services have failed to find the right footing in international markets. When it comes to pricing, the only service seeing real success has been Disney’s Hotstar. This platform offers an ad-supported plan for around 50 cents to residents of India. Netflix has also released a mobile-only version in some countries for a reduced price. Additionally, it has since been announced that Netflix is slashing prices for its service in India.With so much of today’s content available exclusively on streaming platforms, it’s important for industry leaders to create a platform and price that helps developing countries get access to TV. Accessibility has always been a driving factor for FreeCast. This scenario is no different. All entertainment should be accessible to everyone!Wolk continues to note that the “streaming wars” may not be a “winner takes all” scenario. Many believe that Netflix, or eventually Disney+, will become the de facto “king” of streaming. Wolk, on the other hand, says that consumers will most likely want 2-3 services to round out their collection. After all, there were eventually four major cable networks that dominated television…  Why can’t it be the same for streaming?However, Google is currently coming out as the winner between all of the major streaming services. Nowadays, consumers are unsure where shows are located. Thus, search engines obtain the data on what people are looking for. And due to exclusivity, each of the major streaming services don’t let consumers have access to an overarching program guide. They want you to spend as much time in their app only.That’s where SelectTV comes into play. As a super aggregator, FreeCast's app uses SmartGuide technology to pool together shows from each of your streaming services. The app searches from major players like Netflix down to niche picks like Shudder. SelectTV aims to do exactly what major SVOD players want to avoid: create an overarching program guide. With SelectTV, app diving is a thing of the past.Next up, Alan Wolk touches on the sports broadcast issue. Most live sports remain unavailable on streaming platforms. Even things like ESPN+ have limited access to live game coverage. Wolk, however, believes this will soon change. There may be a point where live sports coexists on both broadcast and streaming. However, broadcasters must first realize that more ad dollars can be brought in via streaming.It’s interesting, Wolk notes, that there are still tens of millions of people who will not be giving their cable up anytime soon, if it all. “The industry’s going to have to deal with that for the next 10, 15, 20 years,” he says. The main thing holding people back is access to local networks that provide access to news and sports programming.Cable companies will soon have to adapt packages that appeal to both cable watchers and cord cutters alike. There may be a time where they provide a deal that gives access to local networks, plus a “pick any major SVOD platform” sort of bundle. For now, to get the best of both cable and SVOD words, SelectTV gives you the access to live channels and all your streaming favorites, all in one place. Try it free for 7 days now.Watch the Full Interview:https://cheddar.com/media/the-latest-on-the-streaming-wars-and-the-future-of-television