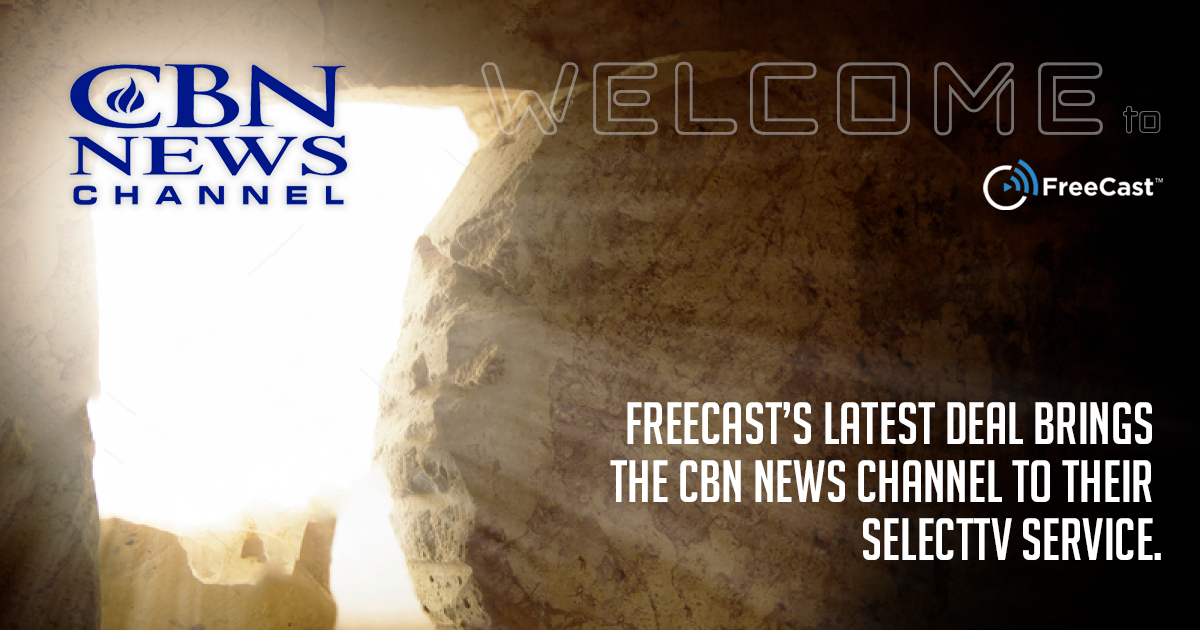 FreeCast’s latest deal brings the CBN News Channel to their SelectTV service. FreeCast and The Christian Broadcasting Network are announcing a new partnership, bringing the CBN News Channel to SelectTV as a streaming channel. The world-famous faith based network joins hundreds of free streaming channels available on SelectTV.The Christian Broadcasting Network was founded in 1960 by Pat Robertson and has since become one of the most influential Christian broadcasters in the world, with a global audience and following. The channel features news, commentary, and religious variety programming, including the long-running program The 700 Club.FreeCast’s Executive Vice President of Digital Content and Channel Distribution, Tracy West, commented on the agreement: “CBN is really the first name in religious broadcasting.